Amina Jindani has been involved with clinical trials of tuberculosis (TB) since the 1960s when she coordinated the first East African/British Medical Research Council trial of short-course chemotherapy in Africa. Her post-doctoral thesis was based on the early bactericidal activity of TB drugs on the rate of reduction of the bacterial load in the sputum. This method is now applied in the evaluation of new TB drugs.

In 2004, she joined St. George’s, University of London as Honorary Senior Lecturer where she established the International Consortium for Trials of Chemotherapeutic Agents in TB, known as INTERTB. The principle objective of the Consortium is to evaluate increasing doses of rifampicin in reducing treatment duration for TB. During this period she conducted the RIFAQUIN Trial. The next trial, the RIFATOX Trial showed the doubling the dose of rifampicin was safe in treatment. She is currently conducting the RIFASHORT Trial in Peru, Guinea, Botswana, Uganda, Nepal and Pakistan. In 2018, she was awarded the Muslim News Prize for Excellence in Medicine. In 2019, she was awarded the Princess Chichibu Memorial TB Global Award by the Japan Anti-tuberculosis Association, and promoted to Professor of Tuberculosis Therapeutics at St. George’s, University of London.

Professor Frank Cobelens is Professor of epidemiology and control of poverty-related infectious diseases and Chairman of the Board of the Amsterdam Institute for Global Health and Development (AIGHD) of the Academic Medical Center, Amsterdam. He is also KNCV Tuberculosis Foundation’s Scientific Advisor.

His scientific interest is in multidisciplinary approaches to biomedical aspects of infectious diseases, their socioeconomic context and control policy. His work focuses on causes and spread of TB drug resistance, and novel interventions for tuberculosis control, including new diagnostics, improved case finding, and new treatment approaches. Frank Cobelens has served on various expert panels and international advisory bodies, and is active in several international initiatives to promote tuberculosis research. He has supervised numerous junior researchers and doctoral students, and published over 150 articles in international peer-reviewed scientific journals. Dr Iñaki Comas is Head of the Tuberculosis Genomics Unit at the Biomedicine Institute of Valencia. Dr. Comas did his PhD at the University of Valencia on Evolutionary Genomics of bacteria. In 2008, he moved to Dr Sebastien Gagneux’s laboratory in the National Institute for Medical Research in London. His team was among the first to use genome sequencing in large scale to address issues related with host-pathogen interaction, evolution and drug resistance. Since 2016, Comas holds a permanent principal investigator position at the Biomedicine Institute of Valencia. He has regional, national and international funding including an ERC Starting Grant focusing on TB transmission. Current projects at the Tuberculosis Genomics Unit cover basic, applied and clinical/translational research with major focus on transmission and drug resistance of TB. 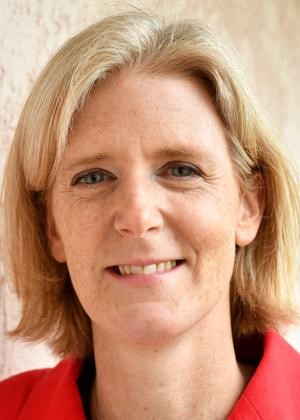 Grania Brigden is The Director of the Department of TB at the International Union Against TB and Lung Disease (The Union). In this role, she is involved in developing and expanding The Union’s global work programmes for TB, HIV and other co-morbidities. Grania has previously worked for Médicins Sans Frontières (MSF) Access Campaign, with Voluntary Services Overseas (VSO) in Uganda, and in Banda Ache, Indonesia with Medic Global Sikhs. Grania studied medicine at University of Aberdeen and completed her specialist training in general and respiratory medicine in the North East Thames Deanery, London. She was made a fellow of the Royal College of Physicans (Edin) in 2019.

Dr Manjula Singh, is Deputy Director General, Division of Epidemiology and Communicable Diseases, at Indian Council of Medical Research (ICMR), New Delhi, India. She is a Medical Doctor, specialising in dermatology, venereology and leprosy, with a Ph.D in immunology. She has more than 15 years in the area of tuberculosis and HIV research, and has been involved in conducting many clinical trials. She is a member of National Technical Resource Group of RNTCP, Central TB Division, as well as Technical Resource Group on HIV Research, NACO under Ministry of Health & family Welfare, Government of India. She is also a member of WHO’s Global TB Research Task Force. She is the coordinator of TB research activities of the recently established ‘BRICS TB research network’ and is involved in planning multi-country research activities among BRICS countries. She is the key person involved in the establishment and co-ordination of the India TB Research Consortium, a flagship programme of ICMR focussing on development of new tools to tackle TB. This has won the prestigious International ‘Kochon Prize’ 2017 for accelerating TB R&D in the country.

Claudia Denkinger holds an MD, PhD and MSc TMIH from the Julius-Maximilians University in Germany, the Case Western Reserve University, Cleveland, USA and the London School of Hygiene and Tropical Medicine, UK. She is a trained infectious disease specialist. Most her of research has focused on diagnostics development and clinical trialling.

For the last five years, she has led the tuberculosis programme at the Foundation of Innovative New Diagnostics (FIND). For her excellent work on tuberculosis diagnostics, Claudia was awarded the Gertrud Meissner Award of the European Society of Mycobacteriology in 2016. In May this year, Claudia took over the position as Director of Tropical Medicine, at the Center of Infectious Disease, University of Heidelberg. Prof. Tom H. M. Ottenhoff, of Leiden University Medical Centre, has longstanding expertise in the fields of immunology, immunopathology, immunogenetics and cell biology of infectious diseases caused by mycobacteria, particularly leprosy and tuberculosis. He has made several contributions to the characterisation of the human T cell response against mycobacterial pathogens, including the identification of novel antigens and epitopes, and the cellular and molecular mechanisms that control immunity to mycobacteria.

Research has focused on both the innate as well as the adaptive immune response to bacterial infection with particular focus on the host mechanisms that are essential in regulating such infections. Prof. Ottenhoff has an extensive list of publications in peer reviewed journals. He was awarded the Eijkman medal in 2013 for his contributions to the fields of immunology of tuberculosis and leprosy. 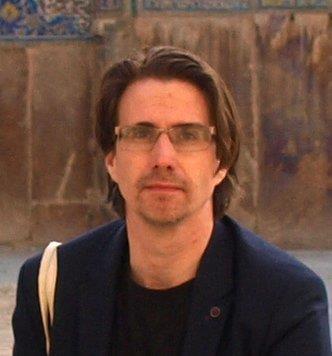 Richard Anthony is a Microbiologist with 20 years’ experience of tuberculosis diagnostics and research. He has a PhD from King’s College London on the molecular typing of yeasts. His tuberculosis interests have ranged from improving microscopy (LED-FM), the development and implementation of molecular techniques (Line Probe assays to whole genome sequencing), and the mechanism of action of anti-mycobacterial agents notably pyrazinamide. Currently he works at the national tuberculosis reference laboratory in the Netherlands in the RIVM where he is active in national and international projects.

David M. Lewinsohn is a Professor and Vice Chair for Research, Department of Medicine at Oregon Health & Sciences University. He holds adjunct appointments in Molecular Microbiology & Immunology as well as the Vaccine and Gene Therapy Institute. Dr Lewinsohn received his undergraduate degree from Haverford College, his MD and PhD from Stanford University School of Medicine, internal medicine training at the University of California, San Francisco, and fellowship training in Pulmonary and Critical Care Medicine at the University of Washington.

Dr Lewinsohn’s research interest is in tuberculosis immunology. The core research question has been that of how the immune system can find those cells harboring the intracellular bacterium. The human CD8+ T cell response to Mtb is comprised of both classically and non-classically restricted T cells, with those restricted by MR1 found at high frequencies in both the peripheral blood and lung. As MR1 restricted T cells are oligoclonally enriched in the human airway, he has been interested in both the effector function of these cells, and their ability to selectively recognize microbial infection.

Dr Eric Nuermberger is Professor of Medicine and International Health at Johns Hopkins University. Since 2001, his primary research focus has been in translational TB drug development using animal and in vitro models. This work has informed the clinical development of moxifloxacin, rifapentine, bedaquiline, pretomanid, clofazimine and oxazolidinones, among other drugs. It has been funded by the National Institutes of Health, the Global Alliance for TB Drug Development, the Bill and Melinda Gates Foundation, the US Food and Drug Administration, and various pharmaceutical sponsors. Dr Nuermberger recently completed a 5-year stint as an Associate Editor of Antimicrobial Agents and Chemotherapy and a member of TB Transformative Science Group of the AIDS Clinical Trial Group. He currently serves on the Scientific Advisory Committee for the TB Alliance.

Professor Nahid conducts clinical trials and translational research in TB with the goal of improving the care of patients with TB and TB-HIV worldwide. His research is conducted both in the United States and Vietnam. The research team in Vietnam conducts NIH and CDC-funded field studies of new TB diagnostics, Phase 2 and 3 clinical trials in TB therapeutics (as part of the CDC-TB Trials Consortium) and latent TB infection treatment implementation studies (sponsored by CDC-Division of Global Migration and Quarantine). Prof. Nahid is a protocol co-chair of an international, FDA-registration trial evaluating daily, high dose rifapentine-based shortened regimens for drug susceptible TB, sponsored by the CDC-TB Trials Consortium in partnership with the NIH AIDS Clinical Trials Group. He also serves on the WHO Task Force on the Development of Policies for Introduction of New TB Drugs and Treatment Regimens. With funding from NIH NIAID and in collaboration with bench and translational scientists, prof Nahid also leads TB biomarker discovery and qualification programs to identify improved biomarkers of treatment effect. Professor Nahid maintains an active academic clinical practice and attends at the Chest Clinic at San Francisco General Hospital, on the inpatient pulmonary service, the medical intensive care unit, and at the SFDPH TB Control Clinic. He provides clinical TB consultation and trainings as part of the CDC-funded UCSF Curry International Tuberculosis Center, and has contributed to the development of U.S. and international practice guidelines for the treatment of TB.

Professor Mark Hatherill is Director and leader of the clinical research team of the South African Tuberculosis Vaccine Initiative (SATVI), a University of Cape Town TB research centre with a 110-strong clinical and immunology laboratory research team. A UCT medical graduate, he trained as a paediatrician and critical care sub-specialist and obtained his doctoral degree in pathophysiology of paediatric septic shock. His research since 2005 has focused on TB and he has led multiple studies of TB therapeutics, diagnostics, and novel vaccines. SATVI has conducted 23 clinical trials of 9 novel TB vaccine candidates in more than 3,000 participants at their Worcester research site, in parallel with epidemiological and immunological studies of TB risk and prevention in more than 20,000 infants, adolescents, and adults. Prof Hatherill has played a lead role in two pivotal clinical trials of BCG revaccination for prevention of M.tuberculosis infection in adolescents; and of M72/ASO1E vaccine for prevention of progression to TB disease in adults. He is a member of the WHO IVR Working Group on TB Vaccines and Co-Chair of the Regional Prospective Observational Research in Tuberculosis (RePORT) South Africa consortium. His current work focuses on the design and implementation of clinical trials of novel TB vaccines and biomarker-targeted TB prevention.