Her Imperial Highness (HIH) Crown Princess Akishino of Japan will attend the 51st Union World Conference on Lung Health, to be held virtually for the first time from 20-24 October 2020, and will speak at the conference Opening Ceremony on 20 October.

As Patroness of the Japan Anti-Tuberculosis Association (JATA), HIH Crown Princess Akishino of Japan will also give a speech at the Presentation Ceremony of the Princess Chichibu Memorial TB Global Award during the Closing Ceremony on 24 October.

At the General Assembly of members, HIH Crown Princess Akishino of Japan was awarded with the title of Honorary Member of The Union, in recognition of her active participation in our mission and her lifelong commitment to ending TB.

In a message of support on World TB Day in March 2020, HIH Crown Princess Akishino of Japan said: “No matter what kind of background we have, ending TB and other infectious diseases is a goal that unites the world in common cause. And I will continue to partner with The Union in my advocacy, in solidarity with all the people making efforts to fight against TB.”

In her role as Patroness of JATA, a heritage member of The Union, HIH Crown Princess Akishino of Japan has worked with medical professionals, volunteers and local communities to promote public awareness of TB and other health issues since 1994.

José Luis Castro, Executive Director of The Union, said: “It is a huge honour and privilege that HIH Crown Princess Akishino of Japan will return to our Union World Conference this year. Her influence and steadfast commitment to ending TB will act as a powerful example to leaders worldwide, who must drive the meaningful policy change needed if we are to collectively advance prevention of TB and lung disease.”

HIH Crown Princess Akishino of Japan will be joined at the event by Her Royal Highness Princess Dina Mired of Jordan, Shannon Hader, UNAIDS Deputy Executive Director, Dr Anthony Fauci, Director of NIAID and a member of the White House COVID-19 taskforce, Claire Forlani, UK Film and TV Actress and The Union’s TB Ambassador, and Katherine Maher, CEO of the Wikimedia Foundation.

In light of the COVID-19 pandemic, the Union World Conference will now take place virtually this year. Originally planned to be held in Seville, Spain, the event will continue to host a programme featuring cutting edge science around TB, air pollution and tobacco control, but will also deliver a track and special sessions dedicated to COVID-19 and its intersection with lung health and infectious diseases. The theme of this year’s conference is Advancing Prevention.

The Union World Conference will feature a special focus on the intersection of TB and lung health with COVID-19. Numerous studies evaluating the pandemic’s impact on national TB programmes in Nigeria, Japan, Tibet, Uganda and Belarus will be presented. Some 400 TB survivors have already registered as delegates for the Union World Conference.

It has been estimated that globally, a three-month lockdown and a protracted 10-month restoration could lead to an additional 6.3 million people falling ill with TB and an additional 1.4 million TB deaths over the next five years. That would result in a setback of at least five to eight years in the fight against TB – bringing 2021 global TB incidence and deaths to levels not seen since 2013 and 2016 respectively – due to the COVID-19 pandemic. 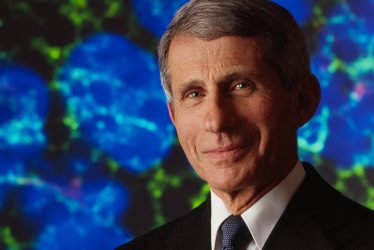 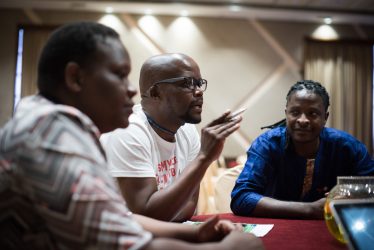 Preparing a talk for clinical colleagues about the main results presented at #UnionConf. I was thinking ... 1. TBT… https://t.co/pFcHqGTkII

RT @UnionConference: All content from this year's virtual #UnionConf (except live Meet The Expert sessions) is available to watch again on…